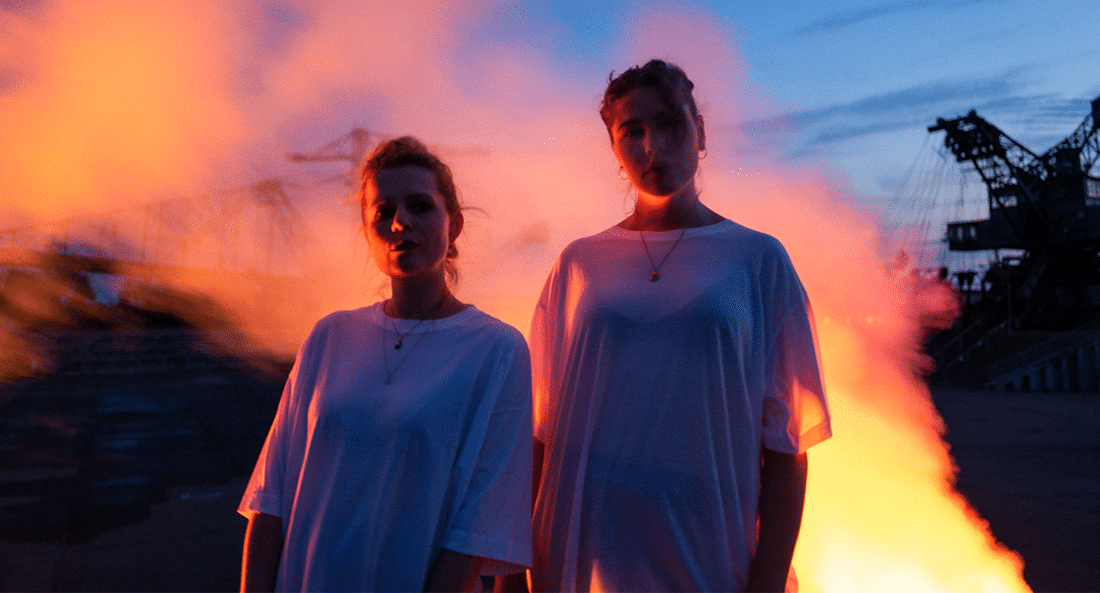 UMME BLOCK belong to the most exciting German newcomers. Since 2018 Leoni Klinger and Klara Rebers have been exploring soundscapes from dream pop to electronica, wave and trip-hop with analogue and virtual-analogue synthesizers, electric guitar and beat machine. They always add their own signature to each direction. 25 HOURS is now the name of the long-awaited debut album, which was released on January 24 via Munich Warehouse. Meticulous attention to detail, stage maturity and many creative walks around the block characterize a journey that was audibly worthwhile. Finesse and style are written in capital letters at UMME BLOCK. Well-dosed beats, billowing melodies, psychedelic moments – all this is finely tuned. While sweeping carpets of sound pour over you, characteristic guitar accents cut the air. A lot of details are enthroned on a pop basic structure and the pleasantly grown-up double vocals hover above everything. The 25 HOURS tour also offers a special visual feature: each concert on this tour is supported by live visuals. Anyone who experiences UMME BLOCK live will notice that it is precisely the chemistry of the two that makes this band so special. The unbridled joy of playing has made the duo a real highlight at numerous gigs (e.g. as support for FIVA, Blackout Problems and Some Sprouts). UMME BLOCK are intoxicating. Because what happens on stage is really live – nothing comes from the tape. And this multitasking trick sounds wide, rich, real and fundamentally likeable. When honesty meets passion and kisses good craftsmanship, it can only work. The sound of UMME BLOCK wants to be experienced live above all else, and December 2022 offers the best opportunity to do just that. The UMME BLOCK tour will take place in seven German cities and in Austria.