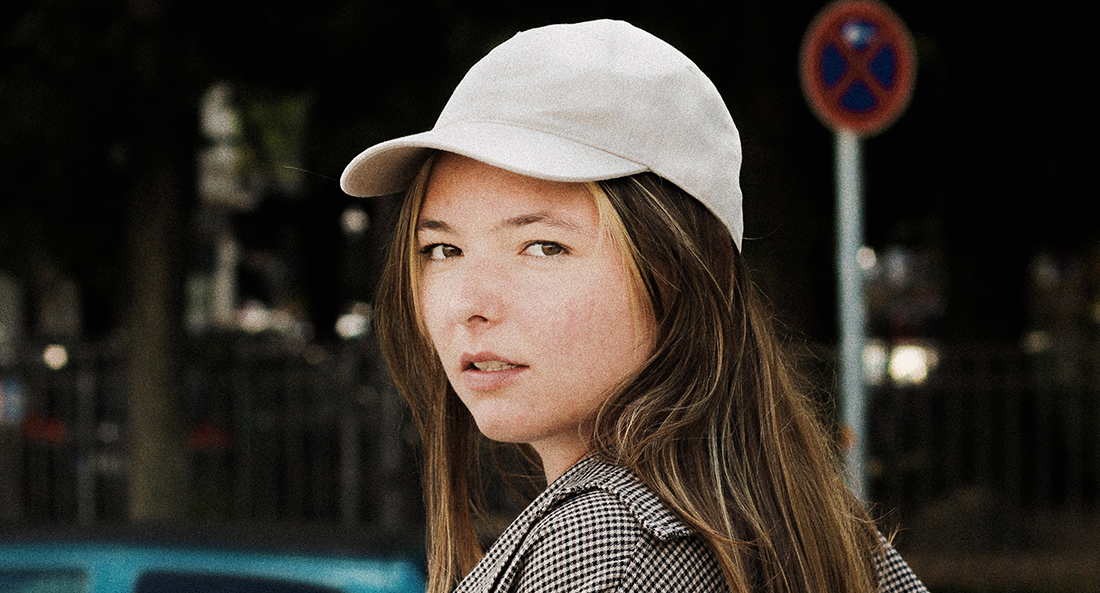 MELE is authentically uncool, just like the rest of us. But MELE is also the German Justin Bieber – at least that’s what she writes in her Instagram bio. And yes, there is some truth to it. MELE definitely brings the star appeal with her. Behind MELE is Marlene – who grows up in a musical family home near Stuttgart. Moves to Osnabrück for her studies, where MELE is born as her alter ego and the first songs are written. Drums up the band during her studies and off she goes to the rehearsal room. The goal is clear: MELE wants to be on stage, among the people and as soon as possible. A first EP is created, with songs like »Monogamie« and »Bye Bye«, which are all still rather convincing in the 80s synth band garb. Followed by several single releases. Among them the, as MELE always likes to say, “biggest hit” of her young career so far »deine cousine« – a hymn to all secret or maybe quite obvious family romances. With all songs it quickly becomes clear: MELE does not mince words and taboos are definitely not to be expected here. MELE plays numerous support shows for Philipp Poisell, JEREMIAS and MAECKES. Goes on a big France tour with the Goethe Institute. Prepares for support shows for Grossstadtgeflüster. Live Live Live. Stage stage stage… at least that was the plan. But then: Lockdown. No more live and stage. MELE alone at home’ and suddenly there is time and space to deal even more intensively with their own music. Marlene uses the time in the lockdown to write new songs, to finish old songs, but especially to work on her own sound. »300 possibilities« is the title of the upcoming EP – because that’s how Marlene felt during the creative process: so many possibilities, but which one is the right one? In the meantime, MELE describes her sound herself as “50% mainstream and 50% indie” and that sums it up quite well. Fresh sounds, catchy melodies – a modern sound garb, paired with MELE’s clever and humorous lyrics makes the perfect mix. Here we go: Contemporary pop music. As if that wasn’t enough: MELE is also a presenter on top of that and hosts »funk«, the YouTube format »offen un’ ehrlich« for the young content network of ZDF and ARD.