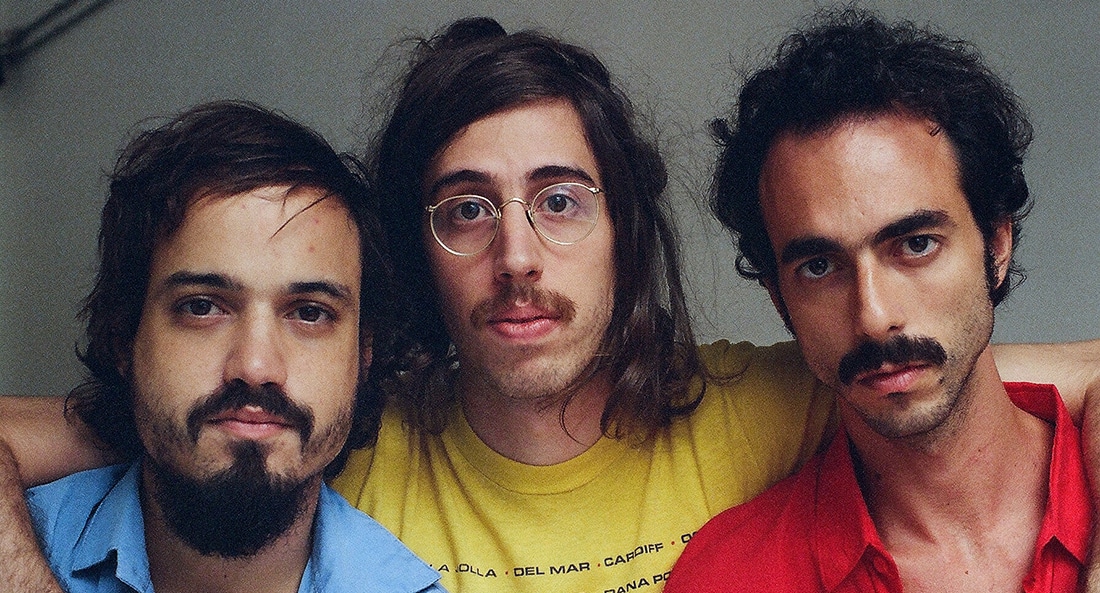 O Terno is a rock band from São Paulo, founded by Tim Bernardes, Guilherme D’Almeida and Gabriel Basile. In June 2012 they released their first album “66”. The album was considered by the newspaper O Globo as “one of the most impressive debut albums of a Brazilian band” and is placed by Rolling Stone Brasil among the 25 best Brazilian albums of 2012. This was followed by sold-out hall shows throughout central and southern America and on the Iberian Peninsula. Their success to date has culminated in performances at the South American Lollapaloozas and Primavera Sound in Barcelona and Porto. <atrás/além> is the fourth and most recent studio album of the Brazilian band O Terno. The record, which follows the acclaimed 2016 release “Melhor do Que Parece”, contains 12 unreleased compositions and musical experiments that show a new path for the band. The record released by Selo RISCO is full of orchestral arrangements that sum up the sound of the trio formed by Tim Bernardes, Biel Basile and Guilherme d’Almeida. There are also special performances by Devendra Banhart and Shintaro Sakamoto.