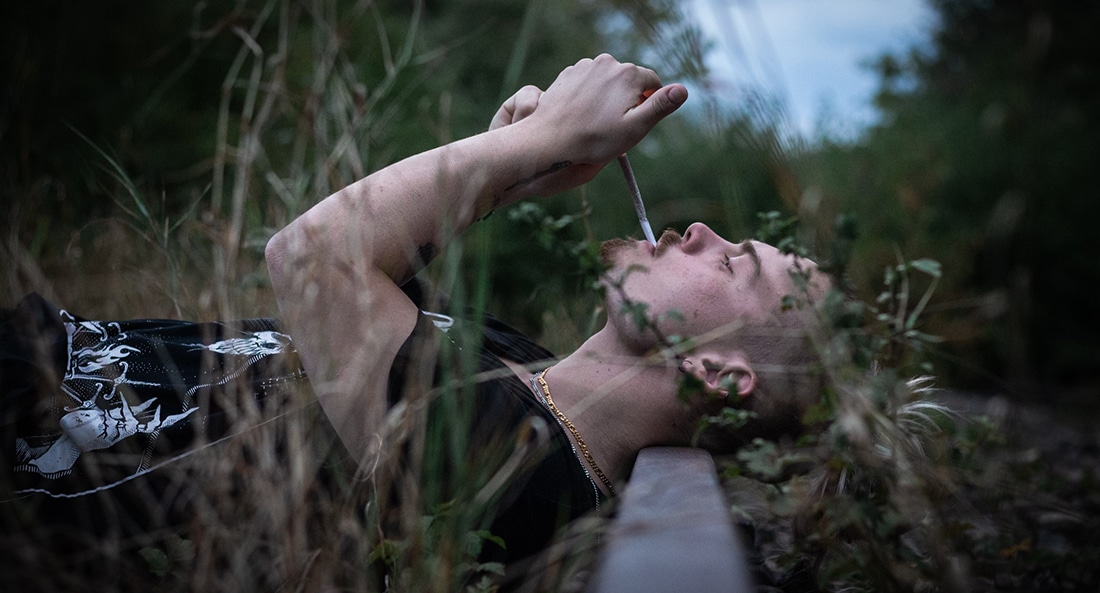 The 22-year-old rapper and singer is still at the very beginning of a great career. But that doesn’t stop him from already writing songs like one of the greats. His self-produced beats use stylistic elements of HipHop, Trap and RnB paired with classical instruments and electronic sounds. On top of that his unmistakable smoky voice and a strong portion of punk attitude.

In the tiresome but necessary comparisons, greats like Kelvyn Colt, Machine Gun Kelly or Run the Jewels are often mentioned. His songs radiate the mood of Cypress Hill in the early 2000s with the urgency of a Goldroger, BLVTH or Casper in the lyrics. Slightly gloomy, but always with the necessary optimism. No matter if he deals with pain (No Fair), is bursting with motivation (Don’t Need Air, Evil) or tries laid-back ballads (Mary Jane, Washed Away, Habits): the main thing is to be free and straightforward, like himself. Singing English was by no means a coolness decision. The rapper with Malaysian roots, who lives in Munich, spent his childhood in Penang, so English became one of his mother tongues.

This way he managed to get attention without a music video or album, just by continuously releasing singles, and generating over 1 million streams on Spotify. DIY mastermind Fynn Kliemann also recognized his exceptional talent and included him in his then Two-Finger-Records Bandvoting, in which he took 3rd place.