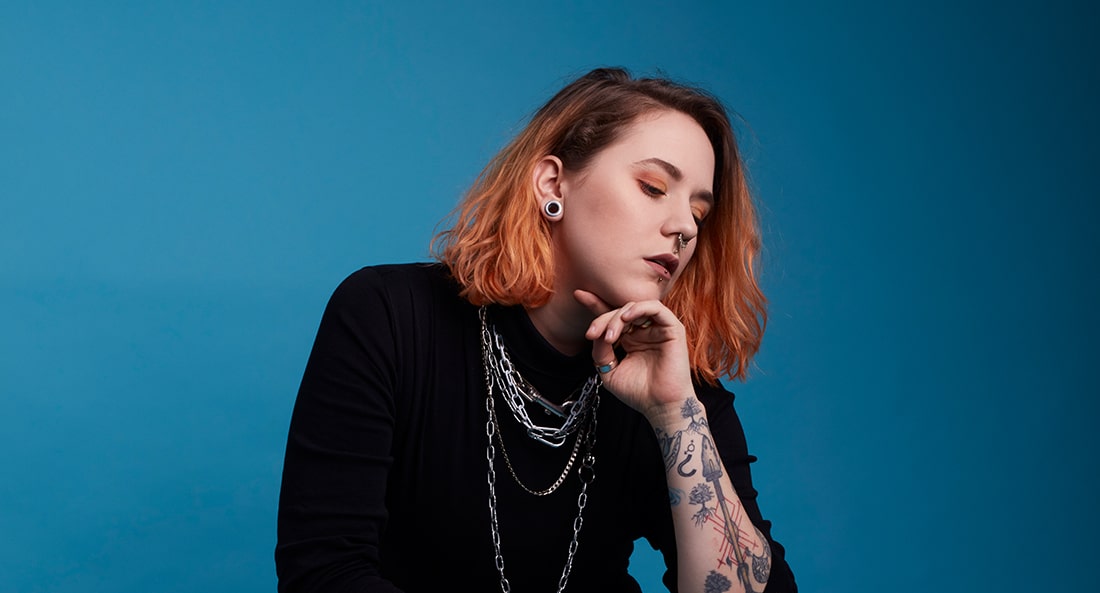 After quitting her job, Amy not only made her outing public with her song “Liebesleben”, but promptly landed a hit in the LGBTQIA+ scene. Two self-organized street music tours, another German-Pop single and her debut EP in the well-known acoustic garb later, she finally goes on tour again with a band line-up. The roots of the project as well as those of the new CD lie on the street, where Amy earned her spurs on the hard busking pavement. On the road, Amy skillfully transformed stories into new songs and presents them immediately in the next city. About twenty German-speaking cities and seven songs later Amy completed her debut EP “Amy Wald”, which was released on November 22, 2019 on her own label “break them records”. At the same time there is the highest goose skin alarm! Because the real love stories of a young person are the focus of Amy’s music and the listening experience feels correspondingly melancholic. Between desperation, hope, misunderstandings and resignation Amy brings her own stories to a lyrical climax and at the same time leaves plenty of projection space for her audience. At Amy’s live shows this is especially apparent, as her fans are already singing along with her lyrics and thus become an essential part of the program.